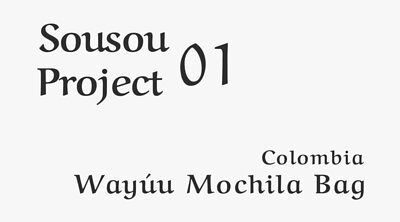 The artifact tradition of the indigenous Wayúu

The Wayúu bags that have taken the lead in the fashion industry are in fact daily essentials for the Wayúu communities and are all handmade by females in the tribes. The Wayúu females learn how to weave from the young age, and the weaving techniques are handed down by mothers to daughters, grandmas to granddaughters. Apart from learning the techniques, the female members also need to create new patterns, which are unique to each family; therefore, the weaving craft also symbolizes the heritage from generation to generation. The craft of making fabric also means the initiation into adulthood for local female; one is truly a full-grown woman when she has learned how to weave.

There is a folktale about the origin of the weaving craft in the Wayúu tribes. Legend has it that there was a man who was in love with a spider. One day, the man’s mother collected some cotton and gave it to the spider as a gift. The spider swallowed the cotton then spun and wove beautiful patterns with her silk threads. The native folks were enchanted and would like to own the patterns, but there was only one industrious woman who didn’t give up when everyone else did learned the art of weaving from the spider. The spider taught the woman how to weave and the woman passed on the knowledge to the others in the communities; hence the art of the weaving became the artifact tradition of Wayúu communities. The spider was called Waleker which means ‘the weaver spider’ and it therefore became the brand names of many apparel companies nowadays. 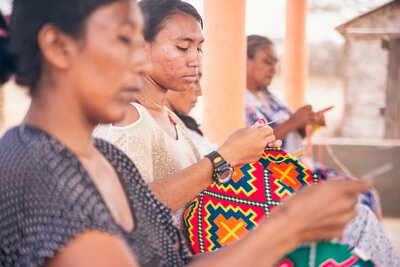 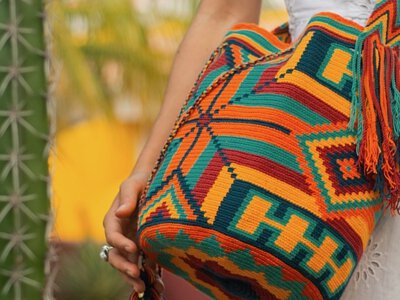 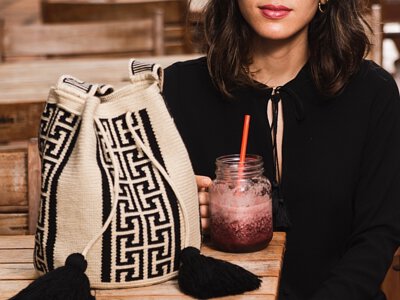 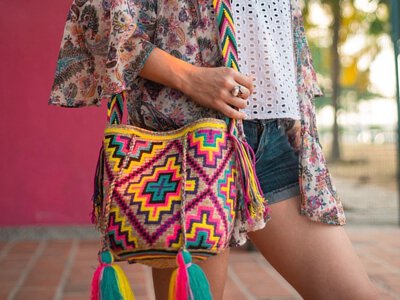 The Wayúu indigenous tribe that straddles the Venezuela-Colombia border

The Wayúu are an Amerindian ethnic group who are offspring to the Arawak of South America and the Caribbean. About 3,000 years ago the Wayúu nomadized around the Amazon, the Antilles, and the La Guajira area before they later on settled in the Guajira Peninsula in northernmost part of Colombia and northwest Venezuela on the Caribbean Sea coast. The Wayúu population resides in the area numbered approximately 400,000 the present day.

During the Spanish colonization of the Americas in the 18th century, the Wayúu managed in protecting their homeland from being conquered by the Spanish troops owing to their competence in warfare, leaving the area one of the few indigenous clans that were not colonized by Spain; and that allows Wayuunaiki, the Wayúu indigenous language and local traditional culture being kept intactly. Nowadays the Wayúu region holds its autonomy and has its own laws. 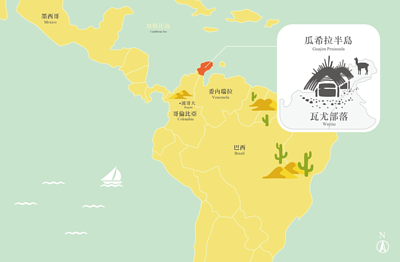 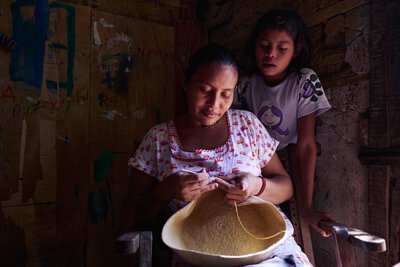 The Wayúu indigenous tribe is located in the desertic Guajira Peninsula which is arid and forbidding due to lack of rainfall. Not so long ago there were three solid years of complete drought due to El Niño and the extreme climate. To make matters worse, local mining industry and dam construction obstructed the access to the Rancheria River which natives reply on for livings. Without clean and sustainable water access from the river, local inhabitants have to walk for 3 hours before they can obtain water from nearest wells.

Water shortage means hardship on animal husbandry and farming. In 5 years up to 4,700 children have died of malnutrition. The Wayúu tribe is located around the Venezuela-Colombia border where falls under neither of the governments’ jurisdiction and assistance. Apart from replying on international aid charities for support, some of the clans also tried to develop local tourism resources, aiming to improve poverty and food insecurity. In the time of difficulties, the Wayúu bags which has taken the lead in global fashion trend unexpectedly became vital in local income support, and the Wayúu women act as leading roles in taking the financial responsibilities.

Traditionally, the raw material of Wayúu bags were mainly Algodón salvaje, a sort of wild cotton, maguey, or wool, and the dyes contain the fruits of cactus and Iguaraya. Nowadays the Wayúu bags are mostly made of cotton yarns. Tradition material are still used by some of the clans.

The Wayúu mochila bags are weaved in crochet. A small bag requires about 10 days to crochet, and a larger bag takes about up to 20 days. There are two types of crochet techniques—single thread and double thread. Single thread bags are more difficult and time-consuming to make, therefore are much more expensive than the double thread bags. 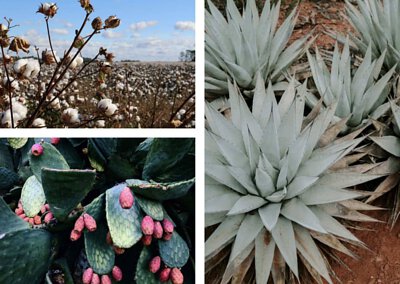 The patterns in Wayúu bags are exquisite and one of a kind; they are called Kannas in Wayuunaiki. Each woman has her own unique Kannas when creating, which are usually inspired by their daily life stories and portrait their admiration for nature, their understanding of the universe, or their stands toward life. Every Kannas has its significance, showcasing the female artisans’ unique artful thoughts. The Kannas compilation of different artisan rarely duplicate, which also makes the Wayúu mochilas so exceptional. 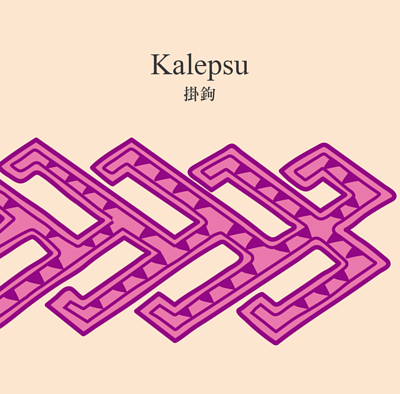 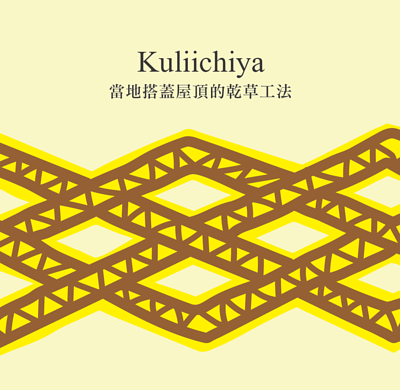 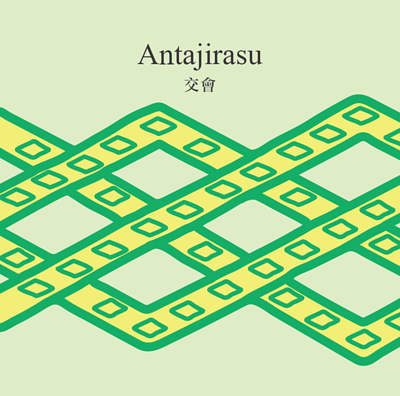 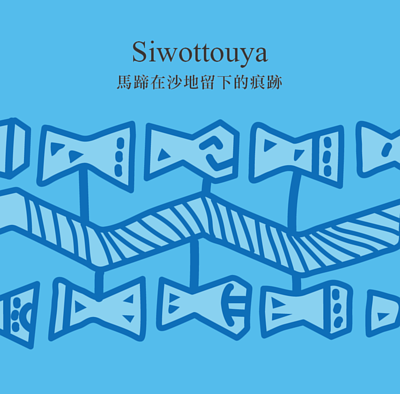 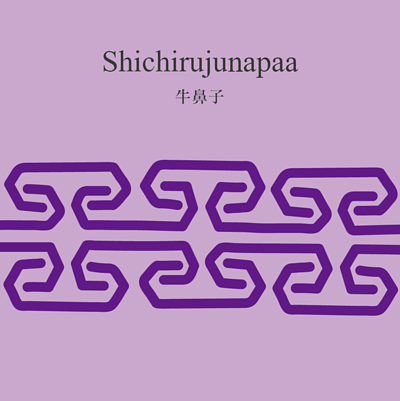 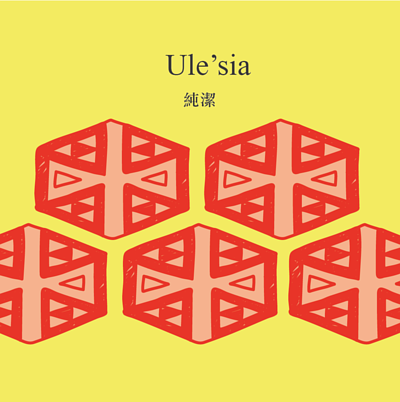 The Wayúu bags originated from the Wayúu indigenous community in Colombia, South America are daily essentials for the Wayúu. Each style of the mochilas is one of a kind and all hand-crocheted by native female artisans. Every mochilas bag unveils the charms of the Wayúu indigenous artifact tradition.